For 2022 the workplan will address the three Principles:

Further details under each of the principles are given below: 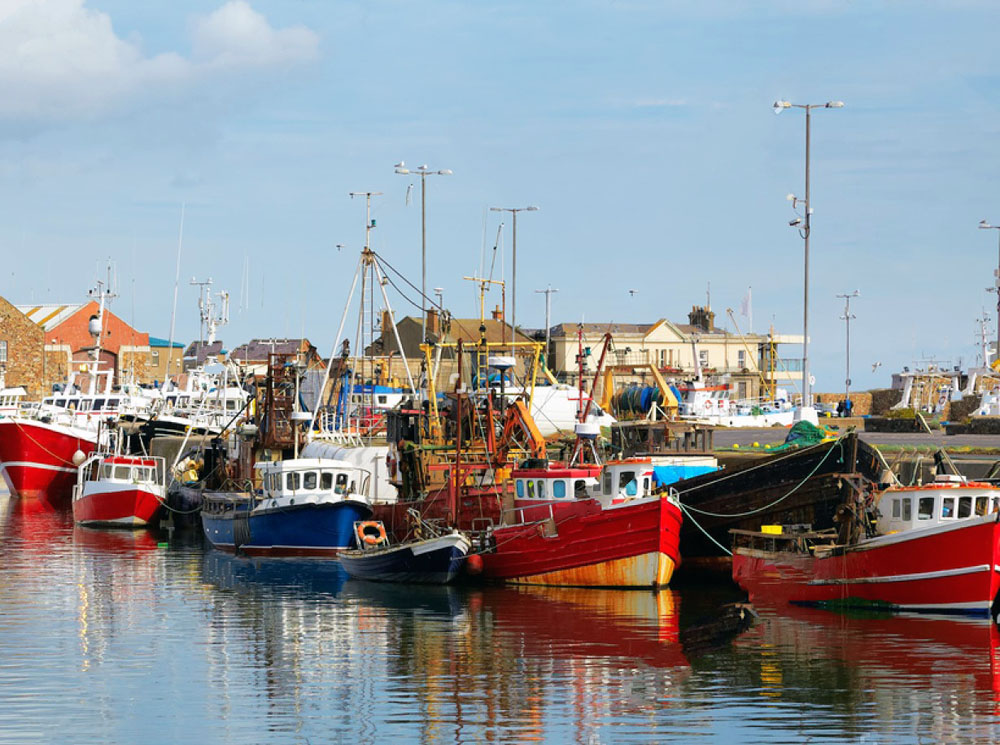 The MSC pre-assessment report stated that although the fishery performs well generally in relation to Principle 1 the Harvest Control Rule (HCR) needs further testing and development to ensure it is robust to uncertainty.

The process of testing the HCR’s robustness to uncertainty is one that is taking place at ICCAT level and as such is beyond the scope of the FIP to directly engage in.  However the FIP will follow ICCAT’s ongoing HCR review and refinement process and ensure that actions taken within the Irish albacore fishery are in line with the HCR.

The FIP will follow ICCAT’s ongoing HCR review and refinement process and ensure that actions taken within the Irish albacore fishery are in line with the HCR.

The pre-assessment report raised the most significant issues under P2. These were mainly associated with availability of data on non-target, non-commercial and ETP species bycatches. Observer coverage has been low in recent years due to changes in fishing patterns and fish distribution which saw vessels landing into French and Spanish ports but not returning to Irish ports until the season ended.

In 2022 the FIP will continue recent work in improving industry provision of catch and bycatch data which can address gaps outlined in the MSC pre-assessment report.

The FIP will submit a data request to the Marine Institute to access all relevant data collected by observers in previous years.

All attempts will be made to ensure that observer coverage will be improved even in the case of vessels landing into French and Spanish ports.

FIP participant vessels will record ETP interactions in accordance with the ETP monitoring system developed for the other Irish FIPs.

The MSC pre-assessment report found that the management system for Albacore generally functions effectively and has clear and explicit long-term objectives consistent with sustainable fisheries. The only problematic issue identified under P3 was the lack of a fishery specific objective which address bycatches of non-commercially important species.

An objective to collect data on non-commercial species will be adopted in the Tuna FIP workplan.

As the ICCAT reports show that the stock continues to be in good status and that the management plan has been shown to be robust the main task required of the FIP in the past few years has been to fill the gap which existed up to 2019 in terms of observer coverage and in particular bycatch data.

In 2020 and 2021 the FIP was successful in securing BIM funding and the services of a trained observer who collected data throughout the tuna season in accordance with the Marine Institue’s data collection protocols.

The data was collected on MI standard datasheets (provided by the MI) and on return from the fishery the data was input into the MI database. The dataset collected was analysed by MI scientists and the results reported to and analysed in the appropriate fora. These fora include the International Commission for the Conservation of Atlantic Tunas (ICCAT) and the ICES Working Group on Bycatch of Protected Species (WKBYC).

In 2022 we have again succeeded in obtaining funding from the Marine Institute to continue the observer coverage and ensure that this valuable data is collected again.

Welcome to WordPress. This is your first post. Edit or delete it, then start writing!

This website uses cookies to improve your experience while you navigate through the website. Out of these, the cookies that are categorized as necessary are stored on your browser as they are essential for the working of basic functionalities of the website. We also use third-party cookies that help us analyze and understand how you use this website. These cookies will be stored in your browser only with your consent. You also have the option to opt-out of these cookies. But opting out of some of these cookies may affect your browsing experience.
Necessary Always Enabled
Necessary cookies are absolutely essential for the website to function properly. This category only includes cookies that ensures basic functionalities and security features of the website. These cookies do not store any personal information.
Non-necessary
Any cookies that may not be particularly necessary for the website to function and is used specifically to collect user personal data via analytics, ads, other embedded contents are termed as non-necessary cookies. It is mandatory to procure user consent prior to running these cookies on your website.
SAVE & ACCEPT